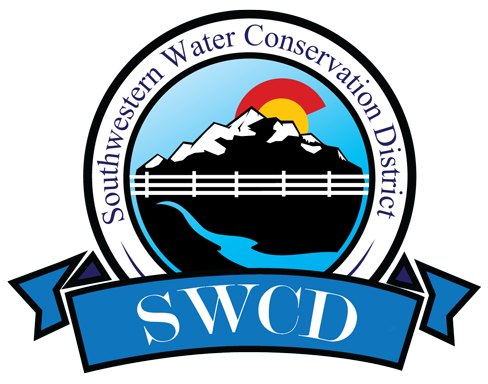 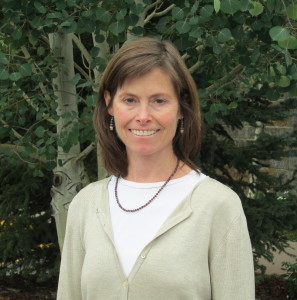 Jenny Russell was appointed by San Miguel County and has been a Director on the Board since 2014. She has long played an active role in regional water discussions. Ms. Russell was member of the Southwest Basins Roundtable and sat on its sub-committee for non-consumptive uses. Previously, she represented the Southwest Basin on the Interbasin Compact Committee.

Ms. Russell also serves on the board of the San Miguel Watershed Coalition. An avid river runner, she also has represented River Runners for Wilderness on wilderness and private-boater access issues for the Colorado River through the Grand Canyon.

Currently, Ms. Russell practices law at Russell & Pieterse, LLC. Her past and present representation of water clients around the state includes water districts, developers, realtors, golf course owners, large and small landowners, ranchers and farmers, and large and small municipalities. Previously, she has worked for the Town of Telluride and Trout & Raley, P.C. (formerly Hobbs, Trout & Raley, P.C.)  in Denver. Ms. Russell earned her B.A. from Kenyon College in Ohio and her J.D. from Georgetown University Law Center in Washington, D.C. 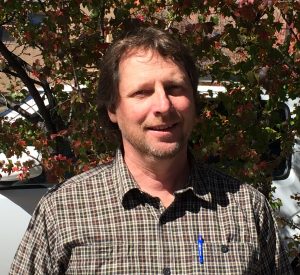 Charlie Smith was appointed by San Juan County, has been a Director on the Board since 2017. Mr. Smith came to Southwest Colorado for a climbing trip in 1992 and has been living here ever since.

Mr. Smith served as General Manager of the Lake Durango Water Authority from July 2009 to January 2022. He is currently a director for the Pine Ridge Ditch Company. After graduating from Washington University in Saint Louis with a degree in Applied Science and Engineering, he worked as a researcher and managed a chemical plant in the Midwest.

After moving to Colorado, Mr. Smith learned to ski, worked in the oil and gas industry, and then was Vice President of Trimble Hot Springs for 11 years. He spends his free time hiking, climbing, and backcountry skiing with his wife Amy and their two dogs. 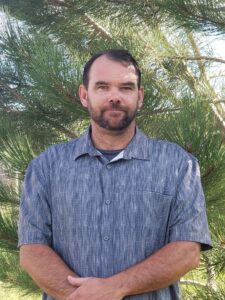 Dagan Chadd was appointed by Dolores County and has been a Director on the board since 2021.  Dagan was born and raised in Dove Creek.  In 1999, Dagan moved to Greeley where he began his career constructing both water and wastewater treatment facilities across Colorado.  In 2007, Dagan and his family decided to move back to their roots in Dove Creek.  Dagan started working for the Town of Dove Creek in 2011 where he served as the Distribution and Collection Operator for the Dove Creek Water and Wastewater Treatment Facilities.  In 2018, Dagan became employed by Water Solutions as the Water and Wastewater Treatment Operator for the Town of Dove Creek.  In August 2021, Dagan took over as Public Works Director for the Town of Dove Creek.  Dagan enjoys rural Dolores County for its public land access and outdoor recreation opportunities.  He enjoys camping, hunting, and following his two sons in their many extra-curricular activities. 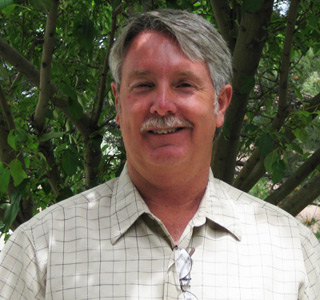 J R Ford was appointed by Archuleta County, and has served on the board since 2008.  He is currently involved in real estate investments and land management.  Mr. Ford moved to Pagosa Springs in 1983 and since then has been building residential and commercial buildings.  His company specializes in ranch management.  He participates in running cattle, sheep and goats on his ranches.

In 1990, his firm developed Hidden Valley Lake and gave him experience in perfecting water rights after obtaining water storage rights in excess of 900 acre-feet.  He oversaw the design, construction, and the permitting process for the dam through the U.S. Army Corp of Engineers and the State of Colorado. 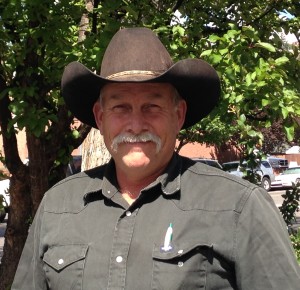 David Guilliams was appointed by Hinsdale County, and has been a Director on the Board since 2015. As a rancher and outfitter in the Piedra River Basin, protecting water rights is very important to Mr. Guilliams. He has lived in the San Juan Basin and the Four Corners area most of his life.

He and his wife Becky (Taylor) Guilliams own and operate Taylor Ranch, which has been in Becky’s family for 119 years. They also assist in the management of his father’s outfitting business, Backcountry Outfitters. Mr. Guilliams also serves on the San Juan Resource Advisory Committee. In his spare time, he enjoys hunting and being outdoors.

Mr. Guilliams and his wife have two daughters, Jamie and Courtney, and two sons, Justin and J.D. 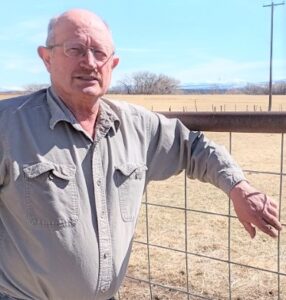 Kenny Heldman was appointed by Montrose County and has served on the Board since 2022. Mr. Heldman was born and raised on a small ranch southeast of Norwood. After schooling, he came back to Norwood to work in the Telluride mine. Once he had gained experience in construction and tire maintenance, Mr. Heldman started his own Nucla-based tire company in 1979 and began ranching in Nucla and Norwood shortly after.

Mr. Heldman has long been an active member of the local community. He sat on the Montrose Planning Commission for six years. He is also a shareholder in the Colorado Cooperative Ditch Company in Nucla and the Farmers Water Development Company in Norwood. Mr. Heldman represents Montrose County Municipalities on the Southwest Basin Roundtable. Most recently, he co-chaired the San Miguel Stakeholder Group, which has developed the San Miguel basin’s stream management plan and related efforts.

Mr. Heldman and his wife enjoy the playground that is the San Juan mountains from top to bottom—from Paradox Valley to the high alpine lakes above Telluride. 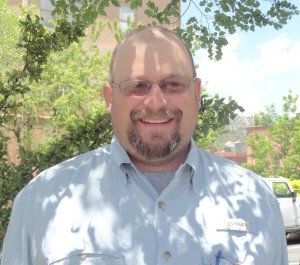 Rusty Hinger was appointed by Mineral County and has been a Director on the Board since 2014. Mr. Hinger grew up spending his summers at Bruce Spruce Ranch north of Pagosa Springs, and his winters near Amarillo, Texas. When he wasn’t working on the guest ranch, he spent time fishing on the streams. After graduating from Randall High School in Amarillo, he completed his associate degree in Business Management from Amarillo College.

In 1999, Mr. Hinger took over the Bruce Spruce Ranch. They operate the business year round, and his brother chips in during the summer months. When Mr. Hinger is not busy running the ranch, he enjoys fly tying, fishing, and hunting.

Mr. Hinger has two daughters, ages two and three and a half, who keep him on his toes. 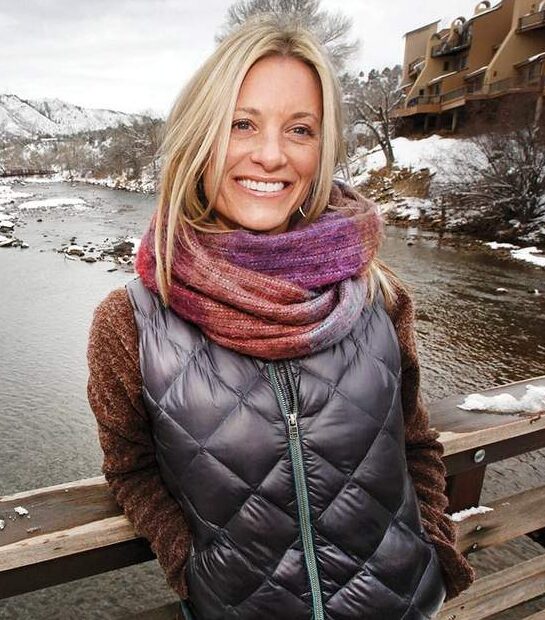 Amy Novak Huff was appointed by La Plata County in 2021. Amy owns and operates Colorado Water and Land, LLC, which is a law office located in Durango that specializes in matters related to water rights and real property. She also is the proud mom of two young men and serves as a director for the La Plata Open Space Conservancy.

Amy studied anthropology at the University of Colorado, Boulder, and obtained a juris doctorate degree from the University of Denver. Prior to practicing law, Amy taught social studies in both the Durango and Mancos high schools. She worked in the legal division of Denver Water while attending law school and was awarded a judicial clerkship with Honorable Judge Klein in Water Division No. 1 upon graduation. Amy had the privilege of practicing law at Carlson, Hammond and Paddock, LLC, before she returned to Durango in 2007.

Amy is inspired by the wonders of our natural environment and its diversity. She finds pleasure listening to birds, wind, rain, and music.

Gerald Koppenhafer was appointed by Montezuma County and has been a Director on the Board since 2022. Dr. Koppenhafer grew up in Cortez, graduating high school in Montezuma County. He has a bachelor’s degree from Fort Lewis College and a doctorate in veterinary medicine from Colorado State University. Since 1980, Dr. Koppenhafer has practiced as a large animal veterinarian in the Four Corners region and is licensed in the relevant states.

Dr. Koppenhafer has also operated his own cow-calf ranch and farmed across Montezuma County for more than 35 years. He holds water rights in the Mancos River, Jackson Reservoir, Dolores River, and is currently co-president of the Montezuma Valley Irrigation Company Board. He has also served on Southwest Basins Roundtable, the Lower Dolores River Planning Group, the U.S. Bureau of Land Management’s Resource Advisory Council, and Southwest Livestock Board.

Dr. Koppenhafer was appointed to serve as Montezuma County Commissioner in 2022 and served two terms as Commissioner from 2004-2012. He was recognized as Cattleman of the Year, CSU’s Outstanding Large Animal Student, and Mancos Citizen of the Year.

Dr. Koppenhafer’s family has resided in Montezuma County since 1916. He is one of 13 children. Gerald and his wife Carla have three adult children and five (soon to be six) grandchildren.